A Discussion with Rajiv Louis, Principal at Keelback Consulting

Vincent Rajiv Louis has over 20 years of experience as a global investment executive in Southeast Asia markets including Indonesia, Singapore, Thailand, Japan and Vietnam. Dedicated to conservation, Rajiv has served as Chairman of the Leadership Council for The Nature Conservancy (TNC) in Indonesia (which he helped charter in 2017) and is also a member of the Asia Pacific Leadership Council for TNC (2019). In 2019, he joined the Asia Pacific Advisory Board of African Parks Network.

We recently had a chance to catch up with Rajiv Louis and ask him about his views on philanthropy and sustainable investing in Asia Pacific.

Rajiv Louis: Before we can talk about sustainable investing, let’s examine the state of philanthropy

The concept of philanthropy in Asia is new and evolving and quite unlike the level of philanthropic maturity you find in North America or Europe. Therefore, one is almost forced to lead with sustainable investing and trying to get people focused in this manner first before turning to a purely philanthropic model.  However, as in all things Asia over the past 30 years, things move fast and change is accelerating at a pace unprecedented in history, and there is little reason to doubt that a similar rate of change won’t apply to philanthropy in Asia as well.

Rajiv Louis: Philanthropy lags in Asia Pacific but there are some standouts

It's fantastic to see that philanthropy has caught on extremely fast in China and is growing by leaps and bounds. You see wealthy private donors inside China not just embrace philanthropy first and foremost for China itself, but they've started to look outward now as well. So that's great, and it sets an example for others. However, at present, the rest of Asia lags quite significantly. Philanthropy in Japan is advanced, but it is a market unto itself. Australia has a very developed level of philanthropy, but they are focused on many domestic issues, such as historic indigenous inequality, and more recently climate change.

Rajiv Louis: Philanthropy in Asia must be localized

The real question for NGOs that focus on Asia Pacific to ask is how they can bring about increased levels of Asian philanthropy. If you look at past NGO models, the lessons learned were that philanthropy had been previously viewed through a North American or European lens, and that doesn't work for the same reason it doesn’t work in many other industries. We need a fit-for-purpose philanthropic model in Asia that gels well with the families and corporate titans that lord over the region.

Rajiv Louis: In Asia, relationships are crucial, but they take time to build

Relationships take time here. You don't get a mandate after one or two meetings. You've got to build relationships and that’s hard enough to do from a business or commercial perspective, so you can imagine what it's like when you're asking people to open their purse strings for donations. The entire NGO field must develop a different way of approaching fundraising here – you need persons with deep local relationships and cultural understanding to spearhead these efforts in combination with successful models from developed nations.

Rajiv Louis: Several obstacles impede the development of philanthropy in the region

Perhaps the single most important factor in impeding a more giving society in Asia is the last of a tax scheme to incentivize philanthropy. That's a huge issue as people give out of their own largesse with little or no tax benefit, which as we understand is a massive incentive in North America in particular. Also, same as from a commercial perspective, you can't look at Thailand in the same way that you look at Indonesia, or the Philippines or Vietnam or China. Each jurisdiction has its own unique perspectives and set of issues and why there is more or less philanthropic giving. Dealing with these issues and getting people to focus on philanthropic work can be extremely time-consuming and an art in itself. But ultimately, Asian families thrive on and value relationships and this is what must be focused upon.

In philanthropy, there are several parallels to business and how investment works. How do you pursue investors alongside the philanthropic mission in these countries? Ask yourself which donors you want to partner with, learn their history, understand their culture and appreciate the needs of their business.  Considering these macro and micro issues, it's not unsurprising that many global NGOs active in Asia are predominantly funded from outside Asia. But just as Asia is constantly evolving and fast, there is hope to believe that we will see ever increasing rates of philanthropy from Asia as the climate discussion takes more prominence in our lives. It's a new and exciting area to be involved in. 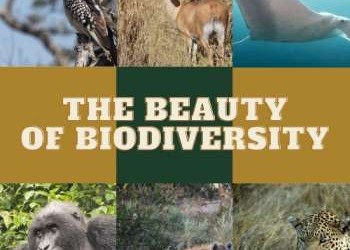 We continue our conversation with Vincent Rajiv Louis from Keelback Consulting. Today, he shares his views about how technology is positively impacting conservation efforts in Asia Pacific.Rajiv Louis: Machine learning and big data are transforming conservation effortsSome very important work has now started to be supported by machine learning and big data.Cloud computing services allow conservationists to store massive amounts of data and share information in real-time. Conservationists can also use these technologies to do more with less. Cloud-based platforms can give conservationists real-time information about what's happening in critical habitats around the world.Data collected by researchers is often stored in disparate sources globally. By linking it together, scientists can gain a better understanding of the flora and fauna and use that information to support their preservation efforts.The magnificence of biodiversity Rajiv Louis: Satellite imagery and big data analysis – the potential is massiveSatellites collect a tremendous amount of information about the Earth every day. This information can be used for monitoring land use, studying crop yields and predicting future weather patterns.In the past decade, data from satellite imagery and other sources have been used to map a variety of conservation efforts, including deforestation, illegal logging and poaching with big data analysis.In recent years, several companies have developed algorithms that transform satellite data into actionable information. In many cases, these algorithms analyze large amounts of high-resolution images to determine variables such as plant health or soil moisture content.Rajiv Louis: Tracking elephants and poachers with satellite dataMachine learning and satellite imagery are helping conservationists monitor the health of endangered animals and their habitats. You can take it to the level of GPS tracking on herds of elephants, for example, tracking from year to year to see if claims on biodiversity protection or conservation are proving true.These technologies also provide information about threats ranging from poaching, illegal logging or mining activity to encroaching human development like new roads or farms.Rajiv on conservational patrol with Rwanda rangers and dogs What the algorithms can provide, for example, is greater accuracy in directing anti-poaching patrols on any given day – the last time a group of poachers was spotted, when and where they entered, the time it takes them to explore 100 hectares, the number of days they've followed the herds, the tracks they used, etc. This increases the accuracy of tracking and allows for more efficient management of resources.Exciting developments are happening and what we hope is that the cost of deploying these technologies continues to become more affordable so they can be used more frequently in conservation efforts in Asia. 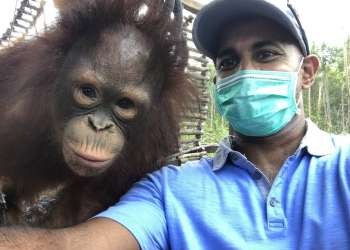 Global investment executive Vincent Rajiv Louis has a lifelong passion for conservation. He currently holds positions with The Nature Conservancy (TNC), African Parks Network and the Pho3nix Foundation. We recently spoke with Rajiv Louis and about his views on philanthropy and sustainable investing in Asia Pacific. We continue our series learning more about his involvement and perspectives on environmental activism and conservation.Rajiv Louis: Regulation is important to the healthy development of the carbon markets globallyWhen it comes to the carbon markets and related offsets, there is a proclivity for players to think that it will be easy pickings in an embryonic market. Unfortunately, these behaviors cause a stain on the overall integrity of a burgeoning industry that is critically important to climate action and the protection of forests and biodiversity, particularly in the developing world. Thankfully, regulation, a raft of real players with genuine experience and talent, and a focus on quality and reputation are what can create positive changes for the long term. This is no different than the development of other markets and asset classes, not least of which the development of emerging markets themselves as an asset class in the 1980s and cryptocurrency today.  Rajiv Louis: Many people tend to underestimate the challenges of conservation and the dedication required to forest protection in the developing world.As more attention focuses on the carbon markets, we've recently seen an increase in the number of players talking about the carbon market – people who previously had absolutely no prior interest in conservation or the environment. The proclivity in this cohort is to vastly underestimate how hard and how long it takes to protect forests and develop a carbon sequestration project in earnest. Serious people have been working to protect forests and promote biodiversity with the communities that work alongside them for a very long time. These are the projects that we are focused on and where we want to cooperate for capacity building in these indigenous communities.Working in the wild can be fun Rajiv Louis: Two organizations making a difference for the long termI'm extremely proud to be part of the Leadership Council at The Nature Conservancy and the Advisory Board in Asia Pacific for African Parks Network.  These two organizations have been engaged in conservation for a long time but, more importantly, pursue this herculean work with the required scientific rigor. African Parks has been around for 20 years and The Nature Conservancy for far longer than that. They are two of the largest and most reputable organizations in their respective fields, and the models they employ have real substance, a dedicated team of professionals and the required care that goes into effecting change.Rajiv Louis: A long-term commitment is a mustIn the dash to participate in the voluntary carbon markets, there is sometimes a lack of understanding by participants in the required long-term dedication to the project. In Indonesia as an example, the concession model is well understood as natural resources and related businesses account for some 60% of Indonesia’s GDP where the concession licensing model is the norm. The burden of care in a carbon sequestration project over life of concession, however, is perhaps less appreciated and understood. In a coal mining concession, for example, the duty of care, free prior and informed consent (FPIC) of local communities and biodiversity conservation is a secondary or even tertiary objective (all too often forgotten or misplaced). In sharp contrast, such objectives are necessary and primary objectives in forest carbon projects.  Pursuant to project design, registration and verification, which may take as long as two years or more, the obligations of care, monitoring and constantly improving on the work at the concession continues for life of concession. It's a huge undertaking and by some reckoning far more onerous than mining for ore bodies.Rajiv Louis: The objectives of the Carbon Growth FundWhat we seek with our current Carbon Growth Opportunities Fund (Australia) is high-quality carbon credits. Future funds will be focused on projects where we can have a deeper involvement in projects positioning us to share the collective experience of the team in conservation and our financial and philanthropic networks.  Through this, we hope to help the indigenous people who rightly own and deserve this land and support biodiversity conservation. All the while, we hope that the fund’s activities will contribute to the integrity and maturity of the voluntary carbon markets and drive the value of carbon offsets to levels that are commiserate with the true opportunity cost of the damage we have imposed on climate and nature for a century.Bonds that bind